The dividing wall between the 2 nostrils is called the Nasal Septum. At the front of the nose its main structure is from flexible cartilage and further back, the structure is bony.

Deviation of the nasal septum is commonly associated with a past history of nasal injury or trauma. However, some patients are not aware of a past history of trauma, as it seems that there also may be a strong familial cause to the deviation, ie it runs in families.

In cases of a very mild deviation, steroid nasal sprays with or without nasal rinse can be beneficial in reducing nasal stuffiness. However, in a large number of cases, surgery is preferred. Septoplasty may then be offered. In this procedure, the patient undergoes an operation under general anaesthetic. An internal incision is made over the septum and I then carefully re-fashion and straighten the septum resulting in symmetrical breathing passages. The patients do not suffer much pain and may notice a dull ache in their nose for 24 hours after the surgery. It is very unusual for there to be any swelling or bruising after surgery. It is necessary for the patient to avoid strenuous exercise for 3 weeks after surgery. 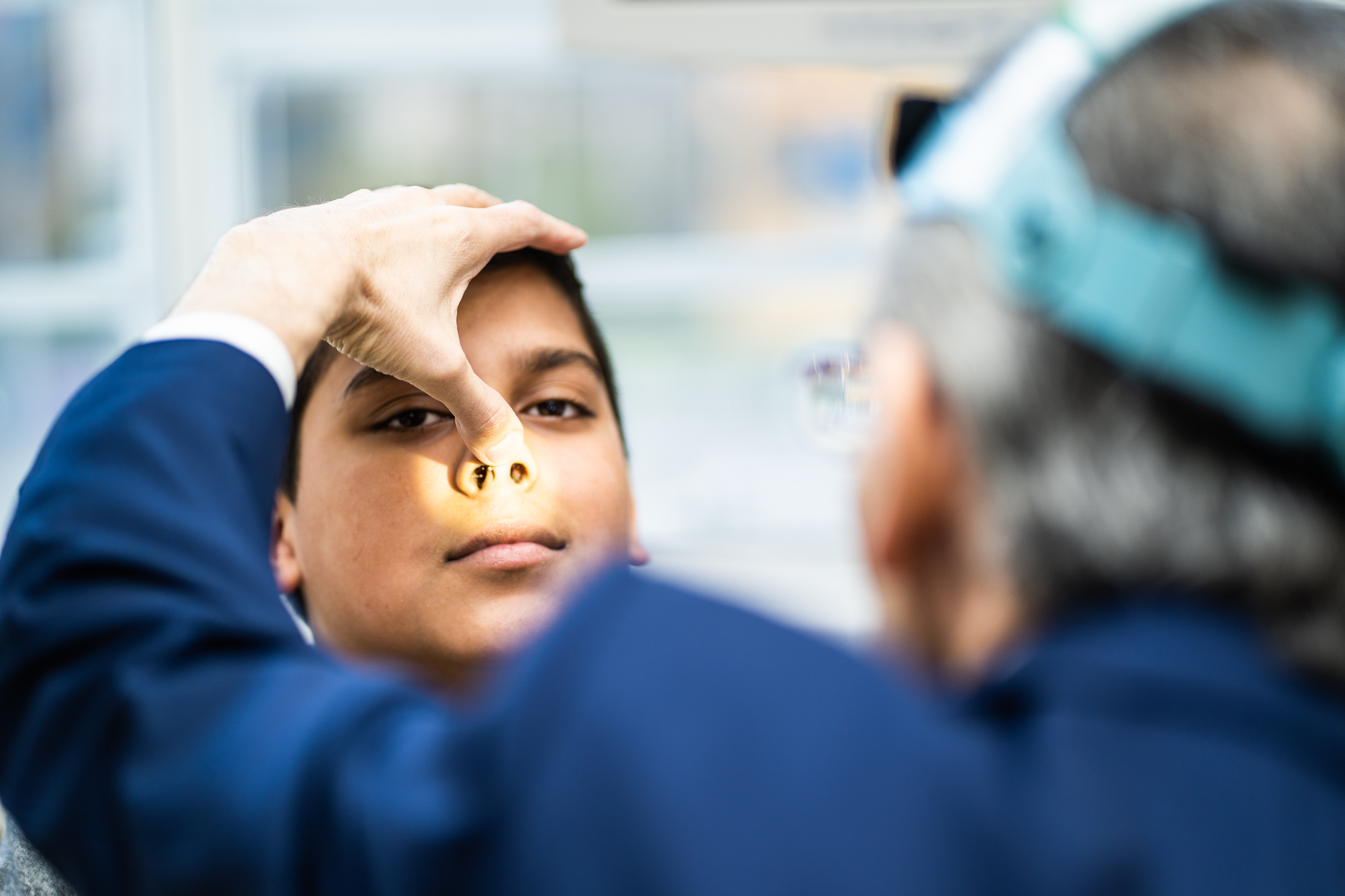